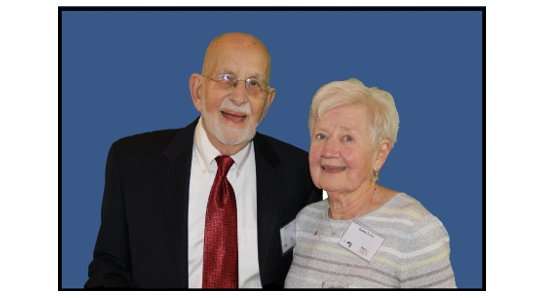 Morris Habitat lost a dear friend in late March with the passing of Donald H. Kuhn.

“Don was our own Renaissance man, a mentor, supporter and friend,” said Morris Habitat CEO Blair Schleicher Wilson. “He was someone we could always count on for advice and guidance.”

Morris Habitat is blessed to have many thousands of volunteers help us each year. And we certainly could not exist without their time and talent.  However, every now and then a person comes through our doors just when we need him or her. Sometimes we call them an angel, but with Don Kuhn, we called him our Renaissance Man.

Don Kuhn came to Morris Habitat at a critical juncture in our history—a time when we were asking ourselves how we could exponentially grow our homebuilding program to serve the urgent demand for safe, decent and affordable homes in a county with high land values, lots of zoning regulations and strict environmental laws.

It was a challenge not for the faint of heart, and it was Don, The Renaissance Man, a multi-talented, multi-faceted person who helped to position our affiliate to be able to make that leap from building one house a year to the 10 to 15 homes a year we are currently building.

Don led the board transition to a governance body; hired the current CEO in 2004; spearheaded the founding of our ReStore in 2007; raised thousands of dollars for our affiliate by painting artist-quality works; with his wife, Teeny, baked “Cake Boss” type wedding cakes; and, to keep fit, swam regularly at the YMCA.  All the while being a great dad and a wonderful husband to his cherished wife, Teeny.  And that is just the short list of his activities we know about.

Why did we call him Renaissance Man? Certainly because his multi-talents helped us to reach our homebuilding goals; however, it’s also because we were inspired by his profound concern for the community, his vigor envious to those half his age, his willingness to help where ever and whenever, and his delightfully optimistic attitude about life—all of which modeled the way for those of us contemplating the retirement lane of life.

Don was such a vital part of Morris Habitat’s success that we established the Donald H. Kuhn Inspiration Award in 2017—given annually at our Hearts & Hammers Gala—to honor volunteers who exemplify his spirit, dedication and compassion.

It is both an honor and a privilege to have known a man who was a role model of note, a man of distinction, our own Renaissance Man—Donald H. Kuhn.  Don leaves behind his wife, Teeny, six children, 11 grandchildren and 2 great-grandchildren. We will miss him terribly. 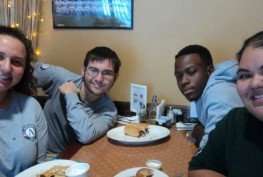 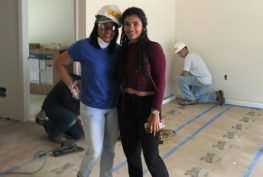