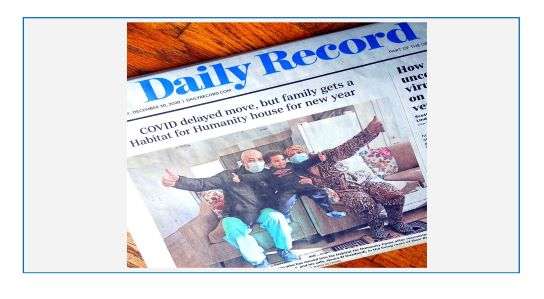 Daily Record
COVID delayed move, but family gets new Habitat for Humanity home in time for the new year

Twenty-five years after he immigrated to the United States, Dr. Mahmoud Abdelghafar finally has the home of his dreams to share with his family.

The health care worker’s scheduled move into his new Morris Habitat for Humanity second-floor Succasunna condo last month was postponed because he contracted COVID-19 and was ill for six weeks. The original move-in date included a grand opening celebration for the completion of the two-building condo development off Main Street by the organization.

Two weeks ago, a healthy Abdelghafar, his wife, Noura El Ouadoudi, and their son, Muhamad, 4, moved from their Newark apartment into their new home, built in part with 400 hours of the “sweat equity” work demanded of all the hopeful homeowners.

“It was worth it to have a home in a nice area and good school system for my son,” he said. “Habitat is a great organization. You have to see for yourself. I saw a lot of organizations before, but they don’t treat you as well as they treat you here.”

Their new address is part of the largest construction project in the nonprofit Morris Habitat’s 35-year history: two six-unit dwellings built on land donated by Roxbury Township. The Phase II building was completed last month. The Abdelghafar family’s five new neighbors participated in a ribbon-cutting there on Nov. 18.

“We don’t just build homes, we build communities,” Morris Habitat CEO Blair Schleicher Wilson said. “It’s common sense that people should be helped in a way that does not foster dependency.”

An orthopedic surgeon in his native Egypt, Abdelghafar, 59, left for a new life and marriage in the United States. But the need to work interfered with his studies to qualify to practice medicine here. His quest later was complicated by his background after the 9/11 attacks.

“Every time I did the interview, they asked about your background,” he said. “And orthopedic is a very difficult field to get in.”

With limited options and a need to work rather than study full time, Abdelghafar qualified for different disciplines in the medical field. He’s been an emergency room technician at Newark Beth Israel Hospital for 25 years. Ten years ago, he doubled his hours, taking a second job as a diagnostic technician at Hackensack University Medical Center.

Learning almost by accident about the Habitat for Humanity program, he applied online and was accepted in 2018, but had to wait two more years before a lottery system called his number.

Hopeful homeowners who are screened for eligibility must contribute their own “sweat equity” to the home they will own and occupy. They also receive education on how to manage the bills and budgets that come with home ownership.

Volunteers from the organization handle the rest, including construction, utility subcontracting and financial arrangements.

“We would come here early in the morning between my shifts and work for three or four hours every day,” he said.

The home came with a few extras, including a Lego Spiderman toy kit for Muhamad.

He regrets missing the grand opening dedication ceremony last month, but the Abdelghafar family was there in spirit.

“We watched it through the video,” Abdelghafar said. 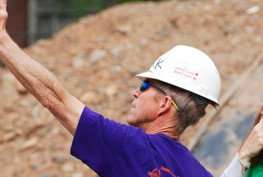 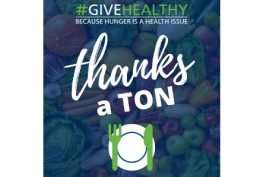