Charity Navigator, America’s largest independent charity evaluator, recognized us once again on June 1, 2016, with their highest 4-star rating. After using an upgraded methodology for rating each charity’s financial health, they reaffirmed our 4-star rating.

This award means that you can rely on Morris Habitat to be fiscally responsible, efficient, ethical and open as we use your donations to build and maintain affordable housing.

On December 1, 2015, we received the following announcement from the President and CEO of Charity Navigator: 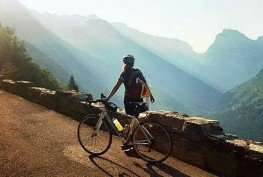