This unique tropical archipelago, consisting of over 7,100 islands, is situated along the Ring of Fire in southeast Asia. Neighboring countries include Indonesia, Hong Kong, Taiwan, Malaysia, and China. Known for having some of the most beautiful beaches in the world, the striking landscape of the Philippines is also matched by its vibrant culture and rich history. For about 300 years, the Philippines was a colony of Spain, then a colony and eventually a commonwealth of the United States for nearly 50 years. The country finally became fully independent shortly after World War II. The capital, Manila, is located in Luzon, the northern region of the Philippines, and it is home to nearly 12 million Filipinos. About 90 million Filipinos live in roughly the same land area as the state of Arizona.

About Habitat for Humanity Philippines 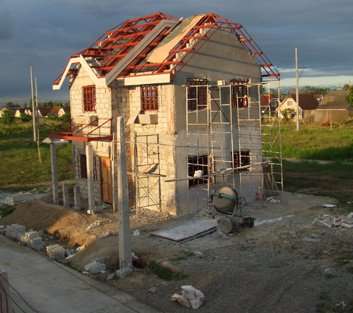 Since Habitat for Humanity Philippines started in 1988, it has served more than 106,600 families with decent housing. With significant scaling up of its activities, Habitat has been able to help an average of over 30,000 families annually in the last three years. More than 130,000 volunteers and supporters have raised funds, built and repaired homes, and shared our vision of a world where everyone has a decent place to live.

Well-known personalities, such as Kris Aquino, Manny Pacquiao and Margie Moran-Floirendo, have supported Habitat for Humanity Philippines as ambassadors. They have tapped their network of friends and shared their resources to uplift the lives of thousands of families in need.

The Need for Housing

Shelter needs are driven by the country’s growing population, poverty and prevalence of disasters. Fishermen, farmers and children remain among the poorest. Statistical data showed that 25.2 percent of the population was classified as poor in 2012, a reduction of 1.1 percent since 2009. The poverty rate fell by 3 percent in the first quarter of 2013, compared with the first quarter of 2012.

The Philippines is frequently hit by seismic activity and by around 20 typhoons a year. These disasters destroy lives, livelihood and homes. Under the Rebuild Philippines program, Habitat distributes shelter repair kits in the aftermath of a disaster and helps to rebuild homes and communities toward permanent recovery. According to the country’s largest association of housing developers, the current housing backlog is estimated at four million units. Habitat for Humanity Philippines has set its sights on reducing the total housing deficit in the country by 20 percent in 2020.

Want to get involved?

Morris Habitat staff and volunteers traveled to the Philippines on a Global Village Trip in 2016 to participate in building. Volunteers worked alongside future Filipino homeowners and local volunteers. The work is rigorous, but teamwork makes the labor fun. If you are adventurous, open-minded, and ready to get your hands dirty, then this is the trip for you!