Seeking to put God’s love into action, Habitat for Humanity brings people together to build homes, communities and hope.

A world where everyone has a decent place to live.

FROM OUR CEO, BLAIR SCHLEICHER WILSON

Through volunteer labor and donations of money and materials from the support of local businesses, churches, individual donors and fundraising events, Morris Habitat for Humanity builds and rehabilitates houses in partnership with families in need.

Volunteers are our most precious resource and we simply could not carry out our mission without them. From serving on our board to building houses, raising funds, performing administrative work in our office, providing lunch at work sites … they do it all.

Want to make a huge difference in the life of a family and in the community by joining us? There are many ways you can support Morris Habitat for Humanity including sponsorship, donation of money, land, construction supplies, etc., volunteering at a building site, serving on one of our teams, lending your professional expertise … the list goes on and on. Whether your contribution is time, money or otherwise, you not only help a family in need, you also enrich your own life.

I invite you to explore our site and learn more about what we do … and how you can help.

A 19-member board made up of dedicated volunteers oversees Morris Habitat’s activities and a paid staff carries out day-to-day operations.

Through volunteer labor and donations of money and materials, Morris Habitat for Humanity is a non-profit organization that builds and rehabilitates houses in partnership with families in need.

Habitat houses are affordable because there is no profit included in the sale price and no interest is charged on the mortgage. The family’s monthly mortgage payments go into a revolving fund which is used to build more houses.

Our Homeowner Relations team conducts an extensive screening process and chooses homeowners based on their need for affordable housing, their ability to repay a Habitat mortgage and their willingness to partner with Habitat.

This is not a give-away program. In addition to monthly mortgage payments, each homeowner family invests hundreds of hours of their own labor, called “sweat equity,” into the building of their house and the houses of others.

Our volunteers—both skilled and unskilled—come as individuals or with groups from schools, churches, unions or businesses in our community. Construction becomes a cooperative effort involving these volunteer workers and the future homeowners.

Morris Habitat for Humanity has an open-door policy: All who believe that everyone needs a decent, affordable place to live are welcome to help with the work, regardless of race, religion, age, gender, political views or any of the other distinctions that too often divide people. In short, Habitat welcomes volunteers and supporters from all backgrounds and also serves people in need of decent housing regardless of race or religion. As a matter of policy, Habitat for Humanity International and its affiliated organizations do not proselytize. This means that Habitat will not offer assistance on the expressed or implied condition that people must either adhere to or convert to a particular faith, or listen and respond to messaging designed to induce conversion to a particular faith.

About Habitat for Humanity International

Since its founding in Americus, Georgia, USA, in 1976, Habitat for Humanity has helped more than 35 million people worldwide with improved living conditions. Habitat works with families to build strength, stability and independence. 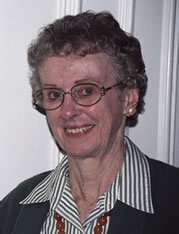 “Twenty years is a milestone in a great adventure that I was privileged to be part of. Whatever I invested in time and energy in Morris Habitat for Humanity, I was repaid ten times in the satisfaction of enabling economic justice for our partners and community building for all of us.

Many years before Morris Habitat for Humanity was a reality, I was getting newsletters from Koinonia Partners in Americas, Georgia, an experimental community farm. Millard & Linda Fuller had taken up residence there, having given away their fortune, in order to assess their Christian commitment to social & economic justice. Since decent safe affordable housing was a major need in south Georgia, and the national housing strategy of building huge apartment houses with city housing authorities owning and managing the buildings, was a failure, Linda and Millard and others at Koinonia experimented with a radical plan for self-help housing, building with volunteers from the community, and no-interest financing of the owner-occupied houses.

After their successful start in Zaire (Congo), they returned to Georgia to set up an experimental project on Koinonia Farm that is still going. In a few years, publicity and fund raising were evident in NYC. I remember celebrating the first Jimmy Carter work week at St. Bartholomew’s Church in New York with folks from my church in Chatham and learning that there was interest in forming a Habitat in the Morristown area!! Of course hearing President Carter was energizing and some of us worked on the project on the Lower East Side several times. But I pursued the rumor of a possible Morristown Habitat.

Soon Rev. James White of the Methodist Church, our continual supporter, Councilman and active layman “Butch” Barber, realtor Carlton Bruen, Architect Bill Parker, and others were meeting weekly to figure out what we were doing and how to do it. At our request, HQ in Americus sent up Ted Swisher, who is still a mainstay in Habitat International, with a slide show about organizing a local Habitat and examples of some around the country, including Paterson. I remember giving Ted a big hug after the meeting, letting him know that I had been waiting many years for Morristown to organize a Habitat and this was my dream come true.

In October of 1985, we formally incorporated. Since Nilson Insurance Agency had a computer, willing help and enthusiasm, and was centrally located in Morristown, our office became the Habitat office. I was the person who picked up the phone, kept minutes of the meetings, and explained to radio and newspaper audiences the mission of Morris Habitat for Humanity. But NOW, we had to find property, explain Habitat principles to churches and the public, get applications out to prospective partners, etc. Of course, we also had to have a project manager to oversee any construction. But we didn’t have a site! Lots of folks wanted to help, but finding a place to build was a major task. Some things never change!

The property on Garden Street, Morristown, was acquired (that’s another LONG story), and we started learning about how to select families. We set up the criteria, distributed applications to Morristown and Township families through churches and social agencies, screened the applications, found that there were more worthy applicants than we could possibly take, screened again, and came up with the four families we have on Garden Street. Our family selection manual was distributed nationally to Habitats.

Our site dedication in October 1986 was celebrated by then mayor David Manahan, many pastors, and other supporters. We introduced our first families to the community, cut the ribbons, and dug the first hole of four homes of Morris Habitat for Humanity at 11 Garden Street, Morristown.

We laid the foundations in spring, ready for our first building blitz. Millard Fuller and Habitat walkers from Portland, ME, to Atlanta (1,200 miles for the 12 years of building homes nationwide) joined us in Morristown. Others stayed in July to “blitz build” the framing and sheathing and roofs, encouraging us to finish the homes quickly. A service of celebration and song with Millard as the speaker was held at the Methodist Church. Newspaper coverage put Morris Habitat for Humanity into the minds and hearts of citizens of Morris County.”

Morris Habitat for Humanity does not discriminate on the basis of sex, age, race, color, religion, disability, national origin or sexual orientation in its hiring of employees or in any of the programs or activities which it operates.