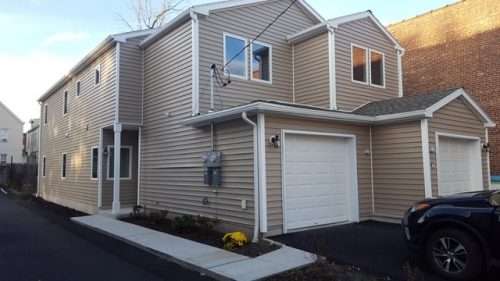 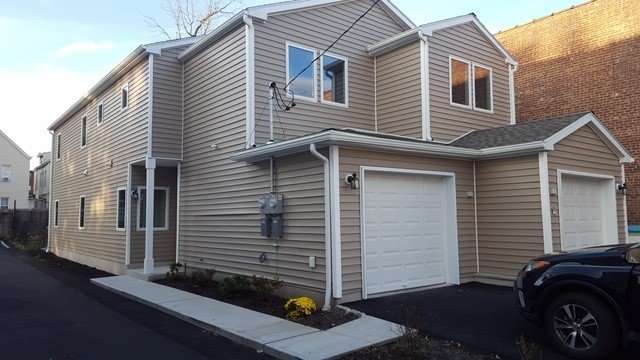 Jenniffer Espinal has 2 sons, aged 14 and 7. She works for the City of Passaic as a machine entry operator. They are currently living in a 1-bedroom apartment with the boys sleeping in the living room.

Mohamed Hussein and his wife Abeer Soliman have 3 children, sons aged 7 and 4 and a daughter aged 2. He works as an Uber and Lyft driver, and Abeer works for the Passiac City Schools as a teacher’s aide. He plans to become certified as a radiology technician. They emigrated from Egypt and became U. S. citizens in November 2019.

We constructed a new duplex on Howe Avenue in the City of Passaic in Passaic County. Each two-story home has three bedrooms and a bathroom on the second floor, with a one-car garage, bathroom, kitchen and living room on the handicap accessible and adaptable first floor. In the back are a deck and a small backyard. The homes have natural gas heating and city sewer and water.

The City of Passaic awarded Morris Habitat a HUD HOME Investment Partnerships Program grant in the amount of $289,000 for the project. The completed homes help address the great need for affordable homeownership in the City of Passaic.

Construction of the duplex began in fall 2019 after a groundbreaking ceremony. The homes were dedicated at the end of October 2020, and the families moved in by the end of the year. 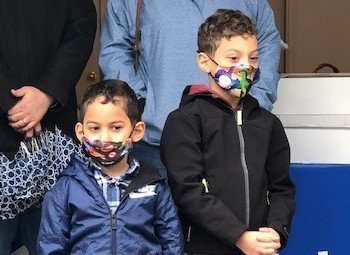 Sons of Mohamed and Abeer 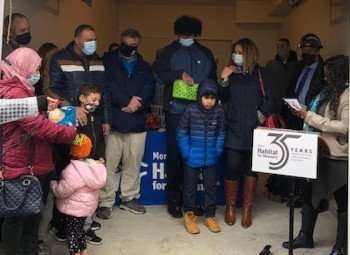 Dedication ceremony in the garage 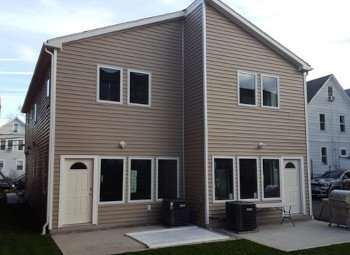 Back of duplex
14 Belton Street
The Crossings at Bennett Avenue