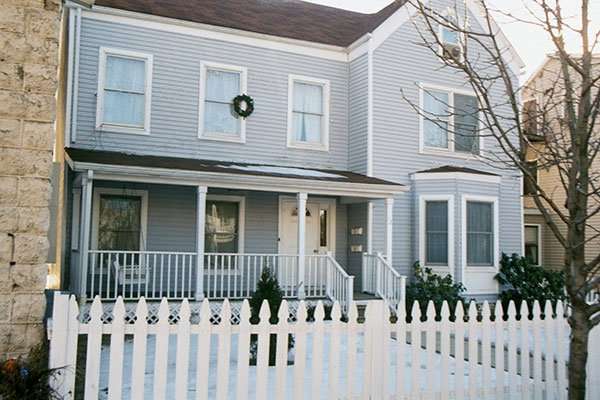 Elizabeth and Reinel Gonzalez, with 2 daughters and 1 son, worked at the hospital in Morristown.

Francileny and Roberto Rivera, with 1 son, also worked at the hospital.

The Town of Morristown donated this abandoned property. Morris Habitat worked with Morristown’s Historic Preservation Committee to restore the home close to its original Victorian style. Over 26 years, the two families built memories of holidays, birthdays, backyard picnics, happiness and sadness in their homes.

In June 2015, the Morristown council approved Modera 55, a six-story, 185-unit apartment complex. It will be built across Prospect Street from the 268-unit Modera 44 building, which opened in December 2014 as Phase One of Morristown’s Speedwell Redevelopment Plan. In 2016, developers purchased the duplex at 12 Early Street from the homeowners for demolition during Phase Two.

Construction commenced in May 2016 on Modera 55, which is scheduled to open at Prospect and Early streets in spring 2018. Twenty-eight of the new units – 15 percent of the total – will be designated as affordable for low- and moderate-income tenants. They will be filled by a lottery, the same way the 10 percent of affordable units were filled in Modera 44. Five of these will have three bedrooms. All other apartments in Phase Two will have one (60 percent) or two (40 percent) bedrooms.

The exterior design of both apartment buildings pays homage to historic New England row houses. Modera 55 will look and feel like brownstones, with stoops leading to private entrances on Early Street. A landscaped linear park, with three public spaces and artwork funded by the developer, will connect Speedwell Avenue and Prospect Street. This neighborhood park will be a place for street fairs and sidewalk sales.